Advertisement
HomeBOLLYWOODENTERTAINMENT NEWSParineeti Chopra all emotional after wrapping up 'The Girl On...' remake, Anushka Sharma seconds

Parineeti Chopra all emotional after wrapping up 'The Girl On...' remake, Anushka Sharma seconds

Parineeti Chopra has wrapped up the shooting for Hindi remake of the Hollywood film The Girl On The Train. The actress has penned a note expressing her feelings on shooting the film. "So, I leave London after seven weeks, finishing 'The Girl On The Train'. Words fail me. Feelings overwhelm me. This is a film that has for the first time stayed, with me after I've finished it," Parineeti said in an Instagram post.

The actress says she will miss playing the character from the film, based on the 2015 bestseller by Paula Hawkins, the film narrates the story of a divorcee woman who gets entangled in a missing person's investigation that throws her life to the brink. "A character that will live inside me permanently. I miss her. I miss playing her. I feel like I've grown up. I feel grateful. Life-changing, is an understatement. I'm smiling as I write this and with that, I head back home - looking forward, with my heart full," Parineeti added. 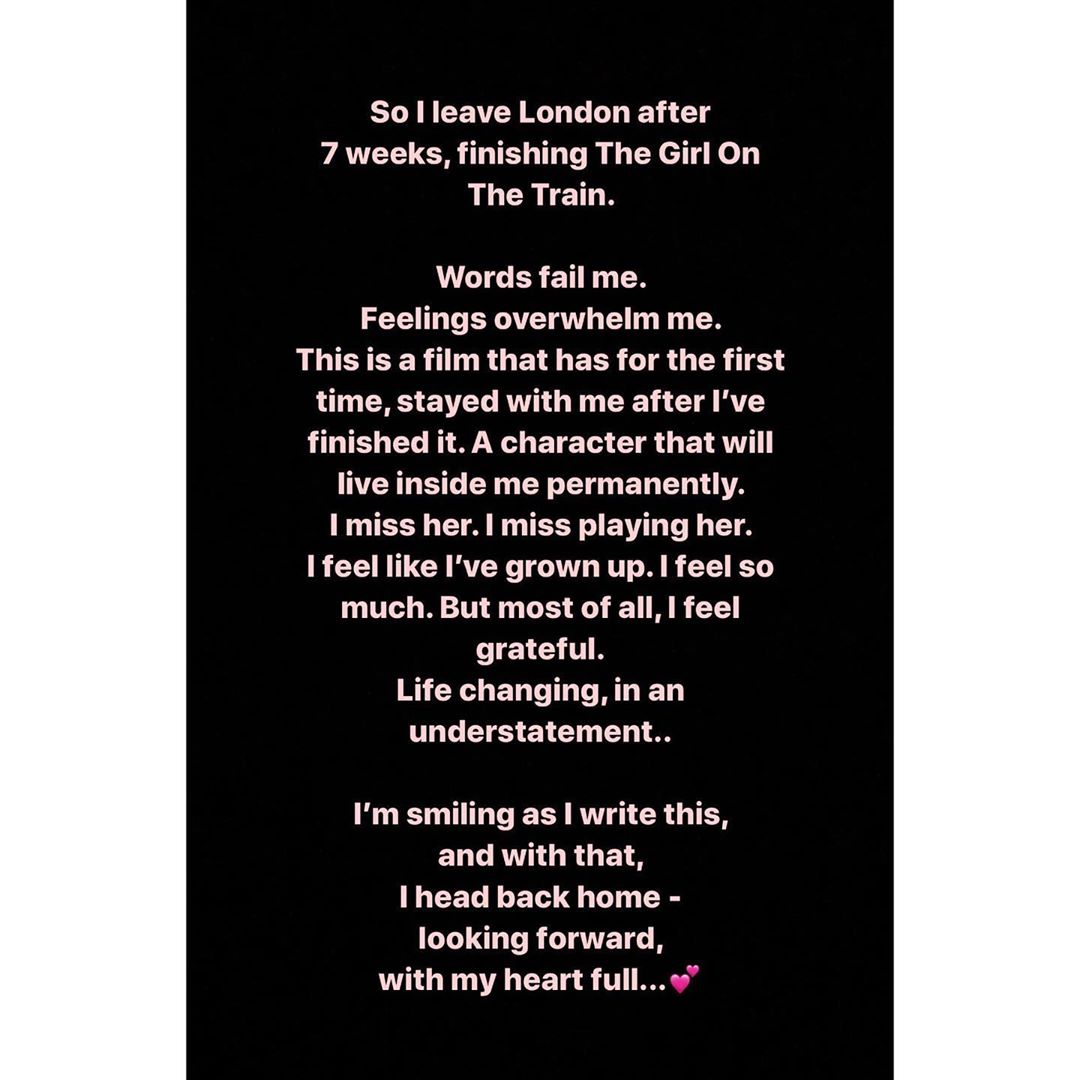 Recommended Read: Airport Diaries: Deepika Padukone jets off in style while Parineeti Chopra returns from London after wrapping up 'The Girl On The Train' shoot

Anushka Sharma, who has been missing from the big screen since her last release Zero, commented on the post. The 31-year-old actress wrote, "I feel you."

The psychological thriller is produced by Reliance Entertainment. The yet-untitled movie is directed by Ribhu Dasgupta, who has previously helmed "TE3N" starring megastar Amitabh Bachchan.