The second season of Bade Achhe Lagte Hain has been making headlines ever since the news of the show's renewal went viral. The first part, which starred Ram Kapoor and Sakshi Tanwar, is up for a season 2 and the lead cast is currently being finalized. Last week, news of Divyanka Tripathi turning down the lead role started doing the rounds on social media. Soon after, the actress confirmed the news along with her reason for not giving her nod to the show. As per reports, Nakuul Mehta will play the lead role.

Now, it is being reported that Saath Nibhana Saathiya and Bigg Boss 13 fame Devoleena Bhattacharjee has been roped in the show opposite Nakuul. “We are in talks with Devoleena and are hoping for the deal to materialize soon. She has given a look test for the part and it is looking really good," a source close to the show said. 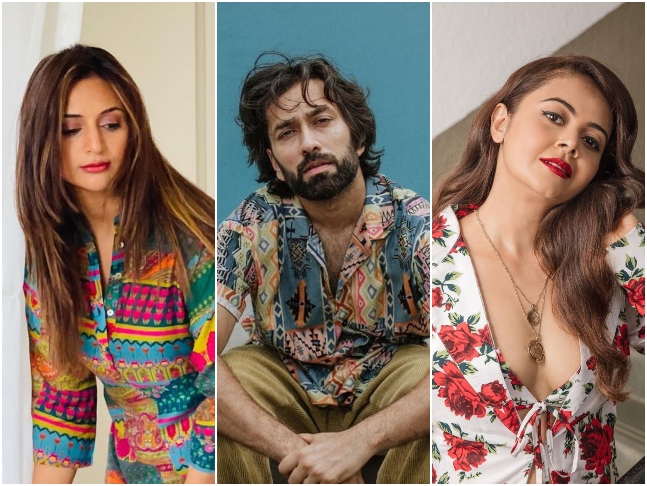 Recommended Read: I had this feeling that Nakuul Mehta and I won’t look good onscreen together: Divyanka Tripathi on not signing Bade Achhe Lagte Hain 2

According to the buzz, Divyanka wasn’t too comfortable being paired opposite Nakuul, as she would have looked older than him. In a chat earlier, the actress said, “As far as the report of me looking older than him onscreen is considered in fact I totally agree with it. Because when I was offered the show and I was proposed this idea, I was surprised after hearing about the pairing and my family also reacted the same way. They felt that we would look slightly off. I had this feeling that Nakuul and I won’t match or look good on screen together. I am fine with that thought. I feel someone else who comes on board to play the female lead will do justice to the show and I had conveyed my thought across. I’ve done this personally.”

Bade Ache Lagte Hain was on air from 2011 to 2014. The show gained good popularity and was one of the most-watched daily soaps.